The last post of this series focused on setting up a pool of compute nodes on Azure Batch. In this part I show how to add jobs to a pool and then how to add tasks to a job. To summarize the nomenclature: a task is, in the context of CFD, a simulation, a job is a set of simulations.

It is possible to configure jobs directly from the portal by selecting Jobs in the side bar, and clicking on the “+Add” button: 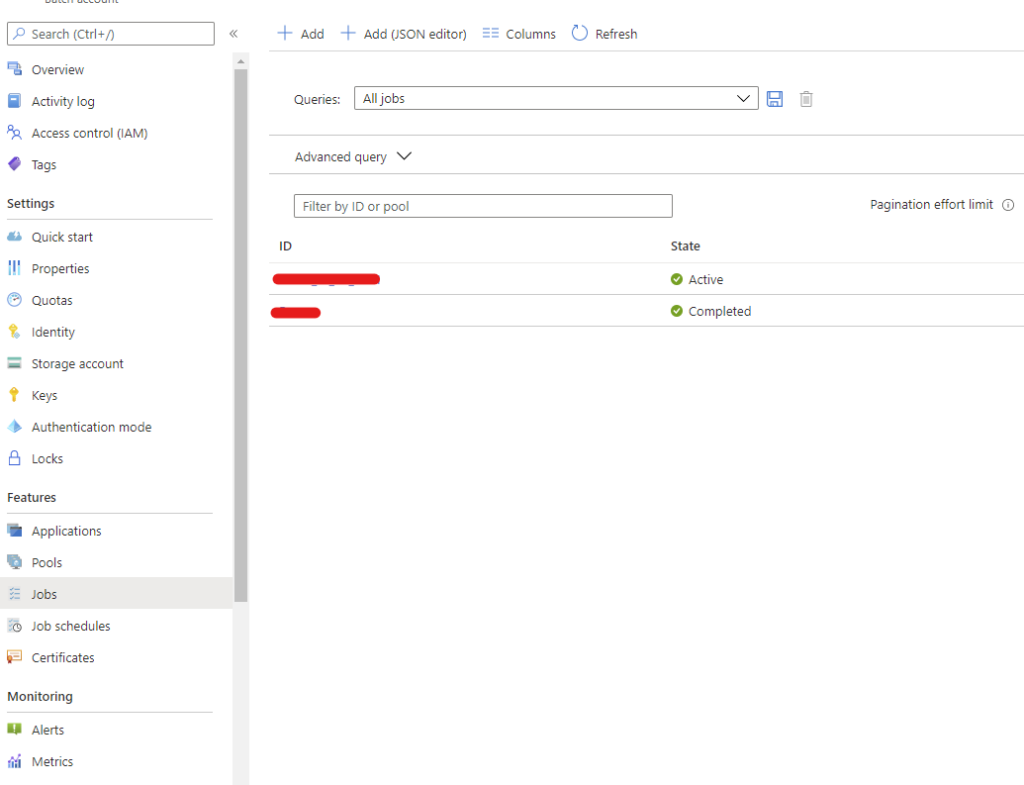 This will open the “Add job” screen: 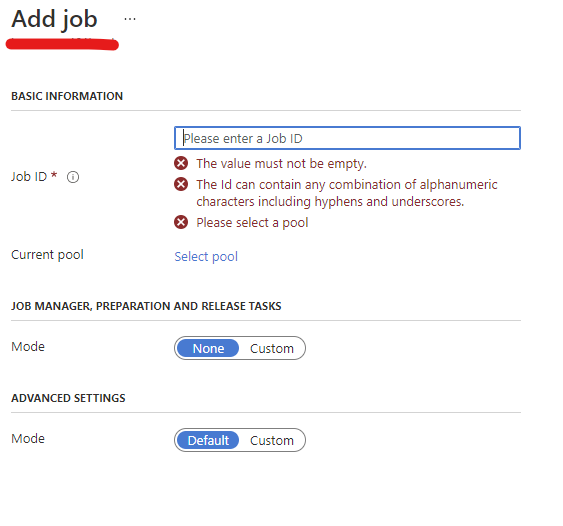 where we have to select:

The Advanced Settings concern options to manage the job: 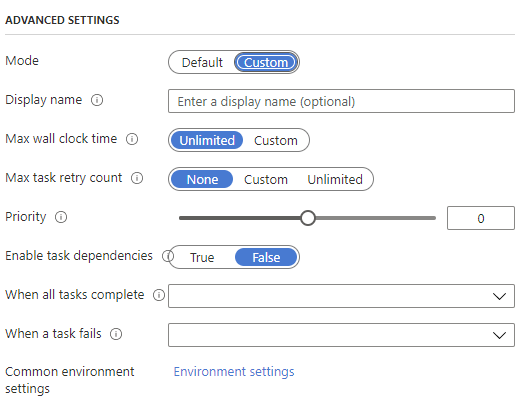 They allow to specify:

For this guide, I only set to terminate the job when all tasks are completed. Wall time can be more effectively specified at the task level since it may be different for each task.

The job manager, preparation and release tasks should be set to custom in our setup: 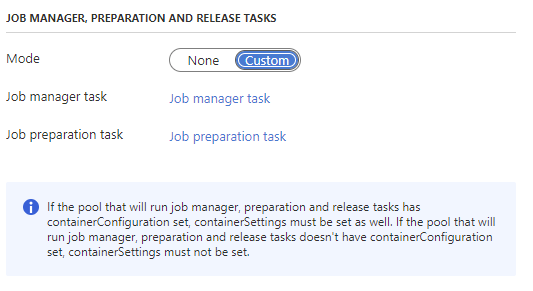 Selecting this option will show the following screen: 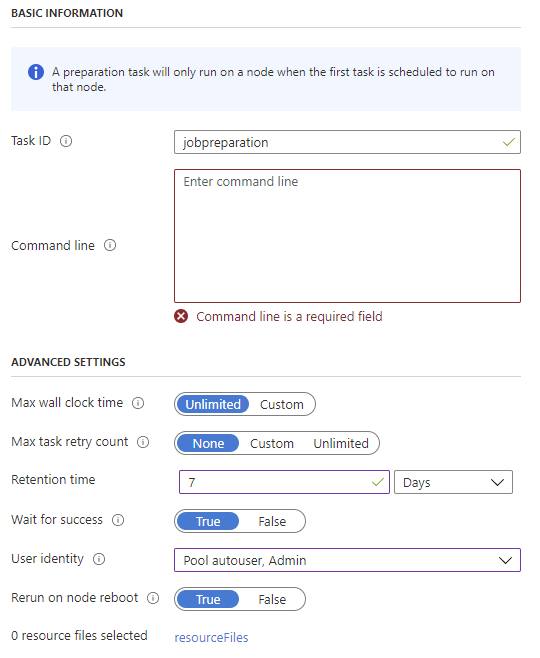 where a set of instructions to prepare the job can be set up.

The script to install the ESI version of OpenFOAM is called installOpenFOAMCom.sh, and its content is:

while that for the Foundation release of OpenFOAM is called installOpenFOAMOrg.sh and contains the following instructions:

The command line to run the first script is:

which must invoke the shell since Azure Batch does not automatically execute commands in a shell. Also note the use of the environment variable $AZ_BATCH_NODE_MOUNTS_DIR which points to the mount directory where the file share is mounted. The name of the share shareName should be replaced with the actual name of the file share.

The other options for the preparation task should be as in the figure. In particular:

The job configuration is complete, since we won’t configure a job manager task. Clicking on OK will create the job. 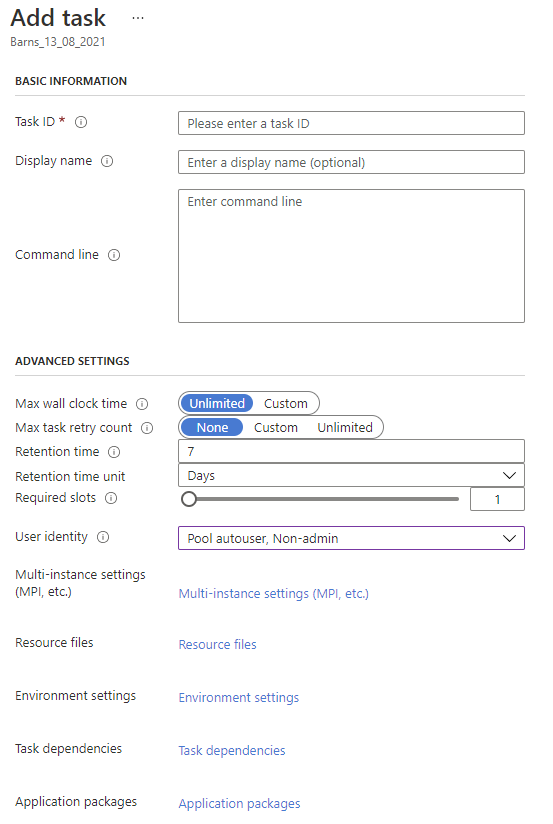 Task ID and Display name follow the same rules we have already met in previous parts. The command line to execute the simulation, based on the preparation described in the first part of this blog series is:

Concerning the other options:

The task setup is complete: clicking the Submit button will commit the task to Azure Batch. The system will start the task as soon as soon as a node is ready to accomodate it.

One can add as many tasks as needed to a job, in order to complete a simulation campaign. However, if a wall time was specified for the job, it is worth remembering that only the tasks that will fit in that time will be completed.

Setting up a job with the C# API for Azure Batch is straightforward:

where the … should be replaced by the corresponding strings.

Adding tasks is done in the code as follows:

where the taskCommandLine is the command to execute the task, as shown before.

Now that the base concepts of how to use Azure Batch with OpenFOAM were shown, I recommend deepening your knowledge by reading the details in the official documentation for the service and the API, as well as exploring different storage options and setups.

This offering is not approved or endorsed by OpenCFD Limited, the producer of the OpenFOAM software and owner of the OPENFOAM® and OpenCFD® trade marks. Alberto Passalacqua is neither associated to OpenCFD Ltd nor to Microsoft and did not receive funding from them to write this article. All registered trade marks belong to their legal owners.